There is a song. It is called ‘waiting on the world to change’. It is a song by John Mayer. I personally think it is a great song. Many things that I consider to be outdated or inept often come down to change. Slow to change, too quick to change without sufficient research or consideration or simply no change.

7-year marriages are something that I have often thought would be more apt for the world we now live in. First of all, anything more than 75 years ago is its own time. There were not nearly the things that we are burdened and blessed with in the contemporary world. 250 years ago it was a hunter-gatherer world built on community and often survival. With a severe flood or drought, there were threats to whole villages. When we think of flood or drought in our lifetime, we do not fear for our lives, although many times lives are lost. Secondly, marriage is a cultural or religious bond that was developed before equal rights were even contemplated. Often, marriages were not by choice or not fuelled by love but rather submissive unions. This was not always true or even presumed to be common but the lifestyle of women, homosexuals and other segments of the community have altered, sometimes 180 degrees. Thirdly, we must be open to change and embrace it, even when we don’t like it or openly disagree with it. Remember when Facebook changed their visual platform or when the iPhone charging jack was reduced to the tiny thing we know, and love, today. Our worlds were turned upside down. Yes, they are not even remotely as comparable to marriage but just an outline of how resistant we can be to the small things that are ‘forced’ upon us.

I have often wonder why the first culture to go with marriage decided it was a good idea. I wonder if it evolved organically or it was a dictator style decision that was imposed. Either way, we are stuck with it and it still reigns over current society. It is one of those things that has stood the test of time. Things that stand the test of time often do so for a reason. Marriage (not all marriages) has been, by almost all measures, wildly successful. So why change it? I guess I have always been one for innovation as opposed to invention. Probably because invention is hard! You need skillz and you need ideas and stuff. Invention requires a computer science degree these days or a wicked idea. The wheel and Tupperware have already been invented so the good ones are gone too. Innovation requires stealing a damn good idea and making it better, usually by less clever people than those who invented it initially. An innovative solution to marriage is a 7-year marriage.

Are we born to be monogamous beings? Ask most men in their 20s and they will laugh. I think there is plenty of persuasive evidence, lots of it anecdotal, to say that we are not meant to be monogamous. We are said to come from nature and we are primitive. Darwinism says we kind of developed from apes. If that is the case and the whole ‘spreading our seed’ idea is in play, then why would we ever be considered monogamous? That is not to say there are great rewards from monogamy, including fierce loyalty that has bonded over decades and results in an unbreakable union. That is great and difficult and admirable and worthy. In saying that, we aren’t all great or admirable or worthwhile a lot of the time. We screw up and suck at stuff. It is hard enough for some of us to find a girlfriend or brush our teeth everyday, even when we know we should or we want to. Yet, we are put in this situation, by history and society, to pick someone and stick with them for 50+ years. In basically every situation our instincts tell us that the ‘grass is always greener on the other side’. It takes all of our nerve and sensible bone marrow we have to opt against the other side, with the green grass. Even when the other side is probably fields and valleys of lush emerald growth. When we avoid the temptation, we are often rewarded and when we don’t, we are often satisfied that we tried or now that we are on that other side, we look back at where we came from as the new side with greener grass and aim for that. Either way I can paint a decent picture for you. Does that mean that we are rewarded more by having a 50+ year marriage and avoid all temptation? I will never know, until I try it. All I know is that it seems somewhat unnatural and anti-human to think that a) it will work and b) that it is worth going against instincts. 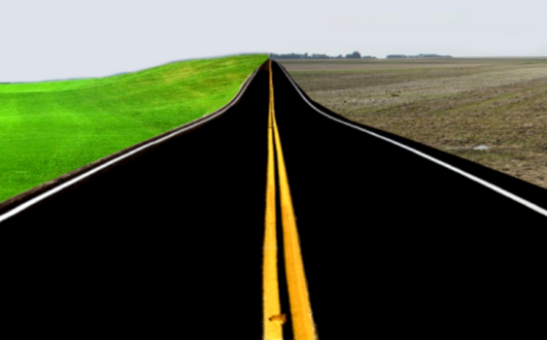 Divorce rates are up near 60% in many 1st world countries. Some drop into the 40s and many hover around 50%. It doesn’t mean that it is not worth a shot, I just think the numbers tell us that it is worth a re-think. We need to be rational and reasonable about things. We are pulled and pushed in every direction in our 20s. Trying to figure out what and who we are is tough. If we don’t know the answer, how can we expect a partner to know the answer about us then too? What if I or we change into something unforeseeable and that is the way it goes… Not always for the worse but just our beliefs or standards shift. Fundamentally, we may be different at 24 as we will be when we hit 45. I don’t think it is unreasonable but I think that we ignore this fact. Divorce can be looked at as a blemish or a reality, or probably both. The fact that almost half the population gets divorced says either there is something wrong with the system or with us. I think we need a little tinkering to the system because I am just fine.

The world has changed astronomically since my grandfather was born. I was once a dishwasher. I was paid whatever I was paid. I bet his was paid to do the same at an equivalent rate yet I could wash more dishes. Why? I have to rinse and then stick them in a machine. He hand-washes every mother freakin dish. I was an accountant, I bet he was paid the equivalent at his accounting job. He was sitting there adding up all the debits and credits in his head on a spreadsheet the size of a single bed. I am sitting there rocking excel and auto-summing whole rows and columns. I get paid the same to do 10 tax returns as he got for 1. I got the same to wash 100 dishes as he got paid to wash 10. Times have changed, life was different, and the world is different. We spend minutes and hours in traffic and complain. They spent days in transit to go to the next town or state. It takes us less than an hour to get from LA to Vegas and we complain there is no wifi on the plane. Expectations have changed and we live in the same planet in a different world.

Would a 7-year marriage work? I think it has its benefits. At the end of 7 you sit down and have a human conversation about everything and work out the best next step. Is getting a divorce after 5 years of a tumultuous marriage worse than sitting down and deciding against another 7 years? I don’t know. It is just an idea, well not really, more an innovation. Is it doomed, to fail? Probably. I have no doubt people will think I am insane to think that two humans could sit down at the table after 7 years and have a true and honest conversation about everything at that point. Maybe so. They are probably the 50% who get divorced too. I contend that 7-year marriages are much like the new Facebook layout. No one would understand why it needs to be changed at the beginning but after a while it would make some sense, not without its drawbacks but a more apt approach. I have a sneaky feeling that Ill be the one sitting here in 7 years time waiting for the world to change.

This entry was posted on April 5, 2015 by thefiveminuteguide in Life.